The River Thames has always been the backbone of London – the city has grown up along its bends and curves. It has been immortalised in everything from paintings to poetry, capturing the imagination of successive generations. Once, this great river was the route of nearly all of the capital’s commerce, as boats laden with goods travelled up and down its length. the waterway bustling with trade and industry. Today, London’s great river is less of a busy highway and more of a place of leisure – you’re more likely to see a vessel laden with tourists, rather than timber – but it remains one of the most iconic features of the capital.

There are many reasons why properties that overlook the Thames are so popular. The views, of course, are the most obvious selling point. In a city where so many buildings face squarely upon their neighbors, a river view offers a rare sense of space and freedom. The constant movement of the water as it flows towards the sea gives a feeling of life and energy, a reminder of the natural world.

As you move along the Thames from west to east, you can see how its character changes. It winds its way through some of the leafiest areas of west London, through Richmond, past Kew Gardens and on to Ghiswick. Here it is possible to find the rarest of London features – a property with a good sized garden. A five-bedroom house currently on the market with Knight Frank and Hamptons is a prime example, with a 180-foot garden that leads down to the river bank.

One of the most significant recent projects on this side of the river has been the renovation of the old Battersea Power Station. Its high brick towers have long been a local landmark, and it is now an exciting mix of shops, restaurants and apartments, with more set to open.

As you carry on down the river, you pass Westminster and the Houses of Parliament, the South Bank and the City, and continue on towards the soaring spires of Canary Wharf. During the Victorian era, this area was one of the busiest docks in the world and a hub of commerce, so it’s rather fitting. 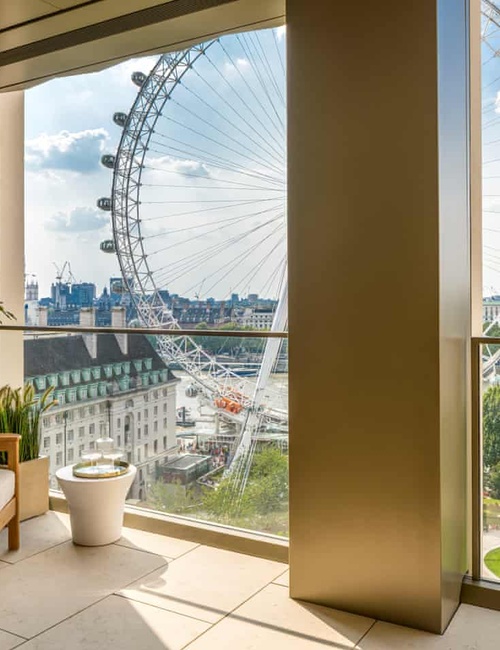 As one of the Buildings in the South Bank development, Belvedere Gardens is close to some of London's top cultural attractions.

With a direct entrance to Waterloo Station, it will have a number of shops and cafes, as well as a fitness centre solely for residents. Scheduled to complete in early 2020. Prices start at £2.14 million for a two-bedroom apartment.